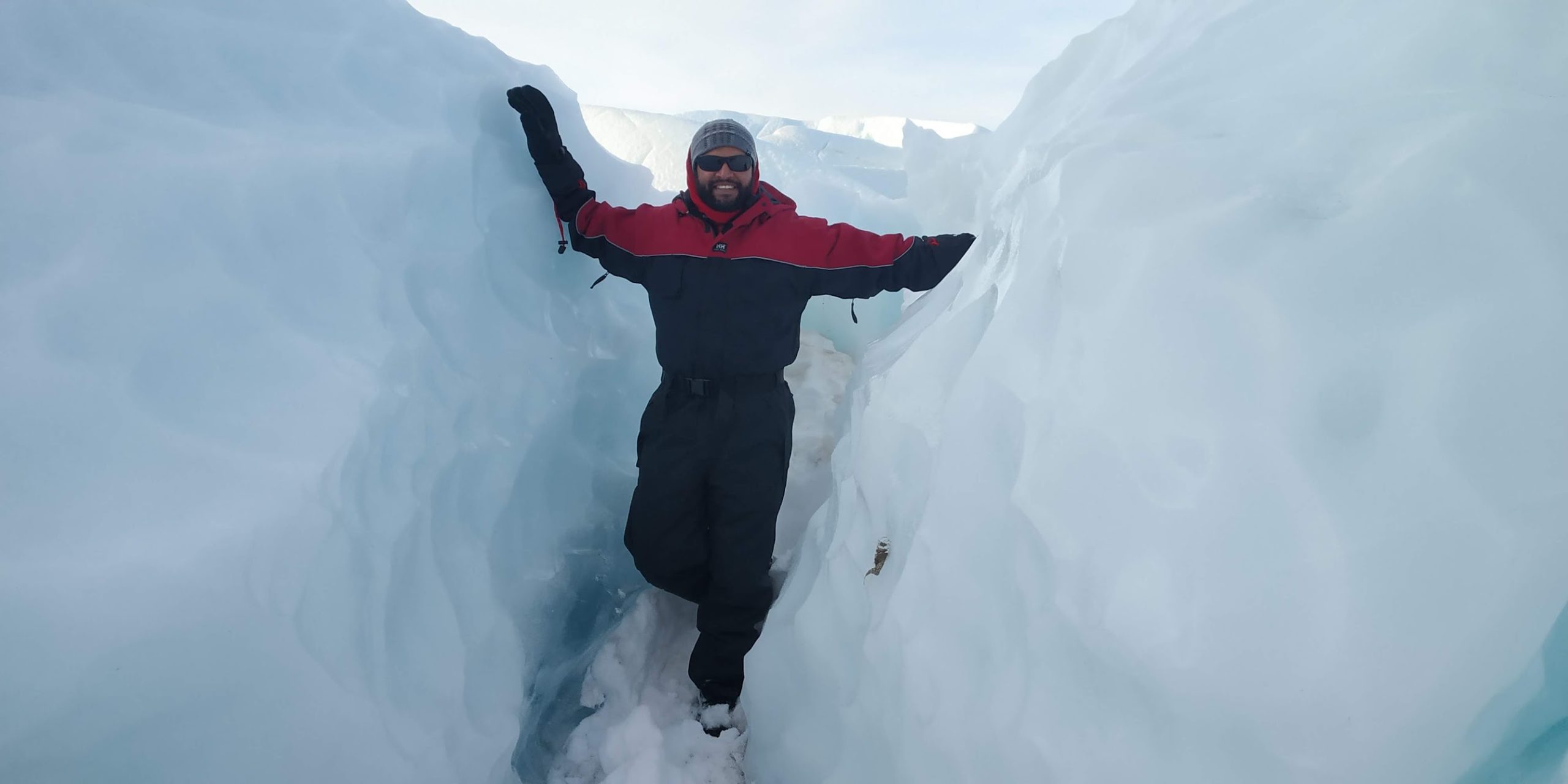 Anoop is a scientist with the Centre for Climate Change Research at the Indian Institute of Tropical Meteorology. In February he returned for his third expedition to Antarctica where he led a team of 40 scientists. His teams objective were to collect data to help improve the future predictions of climate change. We discuss what that job really entails and what it’s like to lead a team in an environment which is socially isolating as well as physically and mentally stressful. He explains the changes he’s seen to global warming, from a data perspective, over the 6 years he’s been travelling to Antarctica. We also look at the small yet large steps an individual can make to reduce their carbon footprint.

Based in Pune, India – Anoop shares how Covid-19 has impacted his life and the life of those in India at large. The Prime Minister announced a nation-wide lockdown with a four hour notice period, which required the entire population of 1.3 billion to be indoors. We talk about a human need to be returned to one’s family as a powerful means for survival despite severe adversity. As well as the power of community to come together to support each other during crisis and need.

Anoop has a yearning to make science accessible for all, which led him to create the ‘Pune Science on Tap’. He hosts social sessions where scientists are required to explain scientific topics in a lighthearted, relatable and enjoyable manner. He has presented a TEDx talk and has a knack for communicating scientific topics in a way that makes sense.

You can discover more about Anoop via his Instagram account: @noonanoop
His Tedx Talk: Why you should believe climate scientists